Indian Hockey team under the captaincy of Harmanpreet Singh has reached the crossover round of the ongoing 15th edition of the FIH Hockey World Cup 2023. The team has played three matches so far in Pool D. The men in blue have won two of these three matches in the group stage alongside a draw with 0-0 against England.

Now, the hosts will take on New Zealand in the crossover encounter against New Zealand in Bhubaneswar on Sunday, the 22nd of January. Earlier, Harmanpreet’s men recently defeated Wales by a margin of 4-2 courtesy of two brilliant goals by Akashdeep Singh.

Apart from the action on the field, the Indian team has made it to the headlines of social media for their crazy post-match celebration after the victory against Wales. The players can be seen dancing and the video has gone viral on social media within minutes of being shared on the official Twitter handle of Hockey India. The Indian fans couldn’t resist reacting to this video of Indian players dancing and subsequently,

PR Sreejesh being a Keralite dancing good just like another Punjabi 🤣

Congratulations 🎉.
Wish to see same celebration after final. All the best.

Let's bring the cup home. All the best guys

India also won the bronze medal in the Tokyo Olympics in 2021 after a long gap of 41 years courtesy of star drag-flicker and current skipper Harmanpreet Singh. It was the time when the team got recognition once again in the game which they dominated for a couple of decades in the last century. Notably, the skipper Harmanpreet also won the ‘player of the year award for two consecutive years in 2021 and 2022. 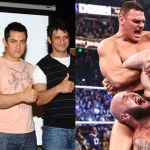 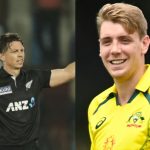