Zimbabwe will be pleased with their performance in the series opener but despite playing well, they couldn’t get past Pakistan. However, they would believe if they can push Pakistan a little more, they may be able to beat them.

The visitors are a top-heavy team but they’ll be concerned about the form of their middle order. Even in South Africa, the middle order didn’t live up to the expectations and Zimbabwe should try to capitalize on this loophole. If they can get through the top order for not much, they can get the Pakistan batting under pressure and restrict them for not much. However, getting through the top order is a task in itself as Fakhar Zaman, Babar Azam and Mohammad Rizwan are in stellar form. In the bowling department, Usman Qadir will be a major weapon for Babar Azam.

Talking about the hosts, their batting looks bleak but they’ll hope that Brendan Taylor recovers from his infection and is available for selection. It will be a major boost to the hosts. Also, Sean Williams and Craig Ervine need to have a decent game.

Pitch Report – The match will be played at the Harare Sports Club. The ball tends to move around in the morning but the wicket flattens as the game progresses.

Brendan Taylor was ruled out of the 1st game because of a gastrointestinal infection and the hosts will hope that he recovers before the 2nd game.

Despite their average outing with the bat, Pakistan should play the same team. 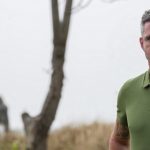 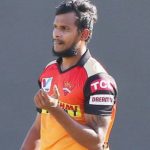