The auction for the 14th edition of the Indian Premier League saw Mumbai Indians acquiring the services of veteran pacer Piyush Chawla for INR 2.4 crores. The inclusion of Chawla in the Mumbai squad was a little surprising as the team already has two competent spinners in the form of Rahul Chahar and Krunal Pandya.

With the tournament around the corner, Mumbai’s Director of Cricket Zaheer Khan revealed the thought behind picking the veteran leg-spinner. Zaheer reckoned that Piyush will benefit the team as he brings a lot of experience to the side and can help the young players, especially Rahul Chahar improve their game.

“Piyush Chawla is not only going to bring game or skill sets to the team, but also his wealth of experience. He has been in pressure situations, he has a bigger role to play. He is going to be the senior-most spinner in the squad. With his experience, I am sure he will be able to mentor all these spinners which we have in the squad. Sharing those experiences has always worked,” explained Zaheer in a video uploaded on MI’s YouTube Channel.

“We value his experience really highly. We have Rahul Chahar also in the team who is an upcoming young talent. The experience of Piyush Chawal is purely going to help him as well,” Zaheer added.

Further in the video, MI skipper Rohit Sharma also lavished praises on Piyush Chawla saying that they wanted an attacking spinner in their squad for a long time and nobody is better than the 32-year-old for this role.

“I have played with Piyush since my U-19 days, and I know he is a very attacking bowler which is something we wanted in our spin bowling department. He was a good buy, to get him in our squad. One of the highest wicket-takers in the IPL and has played a lot of games. He knows the format, he knows the oppositions, he knows the players,” stated Sharma. 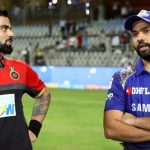 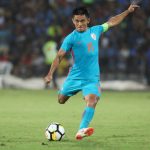