Virat Kohli shocked the world by stepping down as Team India’s Test captain on Saturday. His decision came a day after the team’s Test series defeat to South Africa. Kohli had already relinquished his T20I leadership before being removed as ODI captain but his sudden decision to discontinue leading the Indian Test team was unexpected.

Meanwhile, work is in progress to appoint Virat Kohli’s successor in red-ball cricket and as per reports, Rohit Sharma and KL Rahul are the frontrunners for the role. However, veteran all-rounder, Yuvraj Singh has come up with a special suggestion for India’s Test captaincy.

On Saturday, batting legend Sunil Gavaskar, while speaking to India Today had picked Rishabh Pant to lead India in the longest format. Justifying the same, the 1983 World Cup winner mentioned that the added responsibility would make the wicketkeeper-batter an even better player. Gavaskar’s opinion was shared by Aaj Tak journalist Vikrant Gupta on his official Twitter handle.

Sunil Gavaskar feels @RishabhPant17 can be the next Test captain. Feels the added responsibility will make him an even better player @NikhilNaz

When the tweet came to Yuvraj Singh’s notice, he replied by saying that Rishabh Pant ‘Reads the game well behind the stumps’ and will be a good candidate for Kohli’s successor.

Absolutely! Reads the game well behind the stumps

While the two World Cup winners have given their suggestions, it would be up to the board, selectors, and the management when it comes to naming Virat Kohli’s successor in the traditional format of the game.

India’s next Test assignment will be a two-match home series against Sri Lanka in over a month’s time. As per reports, senior batters Ajinkya Rahane and Cheteshwar Pujara could be dropped owing to their underwhelming returns in the last 12 months, with Hanuma Vihari and Shreyas Iyer being given middle-order responsibilities. 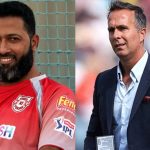