World Cup winning Indian all rounder, Yusuf Pathan has announced his retirement from all formats of the game. The destructive batsmen who played 57 ODI and 22 T20I wants to focus on the T20 leagues outside India after failing to bag an IPL contract in the last two editions. Pathan was part of India’s squad that won the T20 World Cup in 2007 and ICC Cricket World Cup in 2011. He fell out of India’s scheme of things in 2012 and never donned the Indian jersey again. He, however, continued to display his outstanding batting skills in the IPL. His 37 ball hundred against Mumbai Indians in the 2010 Indian Premier League is still considered as one of the best innings of the cricket extravaganza.

Yusuf Pathan was an integral part of the Indian team and played many impactful innings as a finisher. He was a more than handy bowler as well and picked up crucial wickets in crunch situations. Many people would still remember his match winning partnership with brother Irfan Pathan in a T20I against Sr Lanka.

Yusuf scored 810 runs for India in 48 ODI innings. His average of 27 might not look amazing but considering the fact that he batted lower down the order and didn’t had many opportunities to build an inning, the average can be considered as satisfactory. He also stroked 236 runs in 18 T20I innings at a strike rate of 146.58. He had also picked 33 and 13 wickets in ODIs and T20Is respectively.

“I officially announce retirement from all forms of the game. I thank my family, friends, fans, team, and the whole country wholeheartedly for all the support and love. I am sure you will continue to encourage me in future as well,” said Yousuf in a statement.

Yusuf was one of the big faces of the Indian Premier League and amassed 3204 runs in 174 runs at a strike rate of 143 runs with 13 half-centuries. He also picked 42 wickets at an economy of 7.4 runs per over. The all-rounder is a 3-time IPL winner. He was the part of the Rajasthan Royals that won the inaugural edition of the IPL in 2007 while he played a crucial role in KKR’s journey to the title in 2012 and 2014. 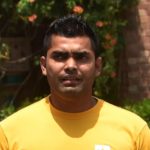 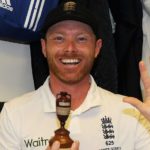