The first Test match between England and India ended in a draw, with rain playing a spoilsport on the fifth day of the Trent Bridge game. One may say that India had their noses ahead going into the final day, England too had an opportunity given the conditions. The England bowlers performed well in the game but the team was let down by the willow-wielders. Barring skipper Joe Root, the rest of the batters came as a copper in Trent Bridge. Highlighting England’s vulnerability in the batting, Geoffrey Boycott said it only needs few good deliveries for the England batters to walk back to the pavilion.

“I recently bumped into Graham Gooch and, we chatted about England’s batting. He summed it all up by saying: “Fiery, if bowlers keep it tight for four balls, then you know our batsmen will have a go at the fifth and sixth deliveries and there is every chance they will get themselves out,” Boycott wrote in The Telegraph.

It is a known fact that England have re-vamped their white-ball game but have failed to show the same application and patience in Test cricket for the last four years or so. “The culture of cricket has changed. Many of us batsmen love playing shots and because of the diet of one day cricket, modern players are pretty good at it, but it is their defensive technique that lets them down.

The former England batter concluded by saying the team has let England supporters down by not performing well with the bat.

“We supporters are disappointed when they look to attack all the time, but we should not be surprised because that is the type of cricket they have been taught at county level.” 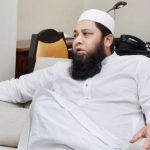 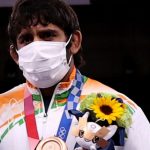