Former India captain Sourav Ganguly has recalled the tough time when he was stripped of the captaincy in 2005. Ganguly, who is currently serving as the president of the BCCI, called it the biggest setback of his illustrious career in international cricket. Ganguly is one of the finest captains to have led India. He is credited with installing a fighting spirit among the Indian cricketers.

The legendary skipper had taken charge of the national team after the match-fixing scandal. And it did not take him long to compile a team of talented players. Some of the players who were backed by Ganguly were Yuvraj Singh, Virender Sehwag, MS Dhoni, Zaheer Khan, Harbhajan Singh. All of them went on to become legends of the game.

Under Ganguly, India won the NatWest series in England in 2002, made it to the final of the 2003 World Cup, drew the Test series in Australia and registered several other memorable wins. But his captaincy tenure came to an unceremonious end when he was stripped of the role in 2005. Recalling that time, Ganguly has said that ‘life has no guarantees’ and you have to deal with the pressure.

“You just have to deal with it. It’s the mindset that you get into. Life has no guarantees, be it in sport, business or whatever. You go through ups and downs. You just have to bite the bullet. Pressure is a huge thing in everybody’s life. All of us go through different pressures. When you play your first Test, it’s the pressure of making yourself established and making the world know that you belong at this level,” Ganguly was quoted as saying by Hindustan Times.

“And when you go to that level after playing many number of matches, it’s about keeping up the performances. A little bit of blip and it doesn’t stop people from scrutinising you and that adds to athletes in a long way,” he added. 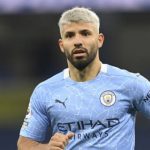 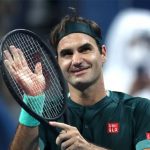