Former Australian skipper and batting superstar Steve Smith is enjoying a golden run with the bat in the ongoing season of the Big Bash League. The 33-year-old veteran batter has scored 328 runs in the four matches he played so far in the tournament for Sydney Sixers. Smith has scored these runs with an unprecedented and unbelievable average of 109.33 including two blistering centuries and a swashbuckling half-century in the ongoing match against Hobart Hurricanes.

Notably, Smith’s approach in the shortest format of the game was under the scanner as the cricket fans considered him a batter of only the Test format. But the Sydney-based batting sensation has proved everyone wrong with his amazing batting heroics in the 12th season of the prestigious Australian franchise T20 league.

Meanwhile, the cricket fans are also ecstatic and awestruck in the aftermath of this amazing batting display by the former Aussie skipper just ahead of a big Test series against India. The fans took to Twitter to shower praises on Smith and also assumed that he is going to be a tough task for the Indian team in the upcoming Border-Gavaskar Trophy.

That's why opening is most easiest position to bat in t20

What a player #SteveSmith
Back to back hundred and today 66(33) run …
Unbelievable batting this time #SteveSmith #BBL12 pic.twitter.com/w3w6jWNli3

Steven Smith scored 66 in just 33 balls with 4 fours and 6 sixes. Smith misses out on his 3rd consecutive century, he's in phenomenal touch.

Talking about the Border-Gavaskar Trophy, India and Australia will lock take on each other in the first of the three-match Test series at the Vidarbha Cricket Association Stadium in Nagpur on Tuesday, the 9th of February. The hosts have already announced their squad for the first two Tests against Pat Cummins’ men.

Coming back to the ongoing 53rd match of BBL 2022 between Sydney Sixers and Hobart Hurricanes, the latter have lost seven wickets on the score of 142 runs in 18.5 overs while chasing the target of 181 runs having skipper Moises Henriques and lower-order batter Sean Abbott in the middle.

Earlier in the first innings of the match, the visitors posted a decent total of 180 runs for the loss of seven wickets in the allotted 20 overs courtesy of the swashbuckling knock by Steve Smith. He smashed 66 runs off just 33 runs with an amazing strike rate of 200.00 including four boundaries and six massive sixes to his name. 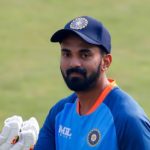 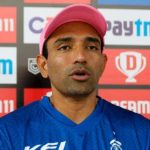