In a shocking turn of events, Pakistan leg-spinner Yasir Shah has been accused of aiding in 14-year-old’s rape. A case has been registered for the same at Islamabad’s Shalimar Police Station on Tuesday (December 21). If the first information report (FIR) is anything to go by, the 14-year-old has alleged that Yasir’s friend Farhan had allegedly raped her at gunpoint. He later also managed to film the heinous act, according to reports in Geo TV.

The unnamed girl further revealed that the Pakistan leg-spinner has warned her of severe consequences if she informed the police about the incident. “Yasir Shah said that he was a very influential person and that he knew a high-ranking official. Yasir Shah and Farhan make videos and rape underage girls,” she stated in the FIR, as reported by geo. tv.

The matter has reached the Pakistan Cricket Board (PCB) and they are currently looking into it. A source said they cannot comment on accusations pointed at Yasir unless they have full evidence. “The PCB is presently gathering information at its end and will only offer a comment when in possession of complete facts.”

Yasir is a pivotal member of the Test team for Pakistan. The leg spinner is often the team’s first choice player in the longest format of the game. He has so far taken 235 wickets in 46 Tests at an average of 31.09. He has also played 25 ODIs and two T20Is for Pakistan.

It remains to be seen what action PCB takes against Yasir. The PCB in several of their statements have vouched about players’ good conduct and its zero-tolerance policy against any wrongdoings. 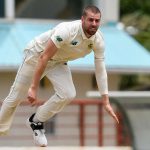 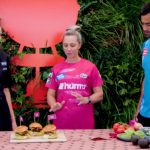