Former India women’s team coach WV Raman feels that Smriti Mandhana is a good candidate to become India’s next skipper. Raman feels Mandhana has a good understanding of the game and has enough experience behind her to take over the reins of the India women’s team. At 38, Mithali Raj is nearing the end of her career and India have to start looking for options who can take over the leadership reigns from her. Raman feels Mandhana is young and can serve Indian cricket for a long time. The southpaw recently notched up a brilliant hundred against Australia women in a historic Day-Night Test.

“Captaincy has got nothing to do with age but I am convinced that Mandhana can be the captain. She is a good reader of the game and has already played few years of cricket,” Raman said during a virtual interaction.

“It can be a good time and giving captaincy to a younger cricketer means they can lead the side for a stretch for some years.

Raman, however, feels that India needs to wait till the World Cup in 2022 before taking a call. “But this is not the right time for handing over captaincy because of the upcoming World Cup. So just to hold on to whatever is happening in recent past and perhaps, after the World Cup, regardless of the results, I think the captaincy can be handed over to Smriti Mandhana,” he added.

WV Raman was the coach of the India women team that reached the final of the T20 World Cup in Australia last year. However, he was replaced by Ramesh Powar soon after.

Meanwhile, India women are enjoying a decent run in Australia. After a hard fought ODI series, the Indian eves dominated the hosts in the drawn Day-Night Test. The teams will now cross swords in the T20I series. The matches will be played on October 7, 9 and 10 at Carrara Oval. 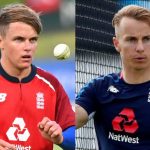