After much hype, the marquee World Test Championship final is heading towards a tame draw, courtesy of some poor weather in England. Day 1 was washed out due to rain while Day 2 and 3 couldn’t complete their full quota of overs due to bad light. Day 4 was again a complete washout. With just six sessions to go(two from the reserve day), teams need to squeeze just under three innings to get a result which is very difficult.

Indian legend Sunil Gavaskar feels that ICC should find a way to decide the winner in case the WTC final ends in a draw.

“There must be a formula to pick a winner in case of a drawn World Test Championship final. ICC’s cricket committee should think and then take a decision,” Gavaskar told Aaj Tak.

However, any change in the ICC rules midway through the final is highly unlikely. ICC had made it clear last month that if the WTC final ends in a draw, the trophy will be shared by India and New Zealand.

“To complete three innings in two days would be really difficult. Yes, if both teams bat really badly, the three innings could be completed.” A total of 141.1 overs have been bowled so far in the WTC final and with 196 overs still left in the match, a result is possible if weather permits.

Citing the example of football and other sports, Gavaskar urged the ICC to find a tiebreaker in case of drawn Tests.

“In football, they have a penalty shoot out or they have some other method to decide a winner. In Tennis, there are five sets and there is a tie-breaker,” he said. 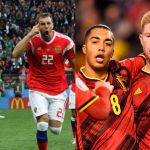 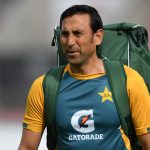