With India and New Zealand’s World Test Championship clash only three days away, a host of cricketers, experts, commentators, and former players have opened up on what should an ideal combination for the Indian team be.

Joining the bandwagon of picking the most suitable XI is cricketer-turned-commentator Sanjay Manjrekar, who revealed his choices during a recent interaction with ESPNcricinfo. The 55-year-old opted to not include Ishant Sharma and Ravindra Jadeja, despite their brilliant record for the team in the longest format, while he chose Hanuma Vihari for his defensive technique.

“Going to have Hanuma Vihari to reward him for his brilliant innings before he got injured. India will need somebody with a more compact defensive technique. Because the guys at the top of the order barring Pujara aren’t that kind. So I will have Hanuma Vihari at number 6. Pant at 7, considering India have hardly had any practice game. I just want to make sure the batting runs deep.”

He opted for Ravichandran Ashwin as the only spinner, while he said that Jasprit Bumrah, Mohammed Siraj, and Mohammad Shami should be India’s three pacers for the summit clash.

“Want Siraj, the swing bowler to be brought into the equation and the last time Siraj bowled overseason in Australia, got a five-wicket haul. Hard to leave a bowler like him out. You will be tempted to think of Siraj because when you look at Shami Bumrah and Ishant, they are more seam bowlers, hit the deck kind of bowler. Siraj might offer something different. I would go with Siraj. But India might play Ishant for obvious reasons.” 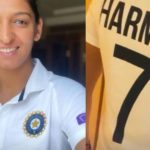 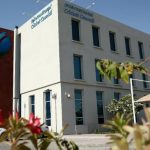