The ICC World Test Championship Final (WTC) between India and New Zealand ended on a good note for the Kiwis as they beat their opponents by eight wickets to be crowned inaugural WTC champions. Although one team lost, the sport was the ultimate winner in the end as ICC recorded a staggering 177 global audience who watched the game. It was the highest viewed match in the two years WTC cycle from 2019-2021.

The live viewership of the Test played between June 18 and 23 had touched 130.6 million across 89 territories. India was the majority contributor as Star Sports and national broadcaster Doordarshan contributed to a jaw-dropping 94.6 consumption of the summit clash which saw the match last up to six days due to rain.

Apart from showing the match in English, the WTC Final was also aired in Hindi, Tamil, Kannada, and Telugu languages.

“The ICC always strives to give the best possible viewership experience and will continue to invest in resources that enhance the viewing pleasure and engagement of our fans,” he was quoted as saying in an ICC release.

New Zealand too were not left far behind as over 200,000 people staying up all night or waking up in the wee hours watched their team lift the title. Even England fans watched the WTC Final as Sky Sports recorded the highest-rated viewership of the Test match not involving England.

The launch of ICC’s OTT platform ICC.tv resulted in getting good viewership of 665,100 live views from over 145 territories. 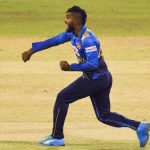 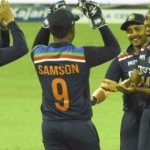