The inaugural edition of the World Test Championship (WTC) promised a lot. It lived up to the expectations to some extent as well. However, it had a scope to deliver much more but the Coronavirus pandemic messed everything as several series were postponed. Also, several loopholes in the tournament format came to light.

The second edition of the WTC will kick off with the five-match Test series between India and England. Ahead of the marquee event, ICC confirmed the points system for the next edition. Each match of the WTC will account for 12 points. In case of a draw or tie, teams will get four and six points respectively. The points system is different from the one we saw in the previous edition where the same number of points were allocated to each series, divided across the number of matches played.

ICC Acting Chief Executive Geoff Allardice said the changes have been made to simplify the points table.

🔸 12 points available every match, irrespective of series length
🔸 Teams to be ranked on percentage of points won

The new points system for #WTC23 is revealed 🔢 pic.twitter.com/9IglLPKRa1

“We received feedback that the previous points system needed to be simplified. The Cricket Committee took this into consideration when proposing a new, standardized points system for each match. It maintained the principle of ensuring that all matches in a WTC series count towards a team’s standing, while accommodating series varying in length between two Tests and five Tests.

“During the pandemic we had to change to ranking teams on the points table using the percentage of available points won by each team, since all series could not be completed. This helped us determine the finalists and we were able to complete the championship within the scheduled time frame. This method also allowed us to compare the relative performance of teams at any time, regardless of how many matches they had played.” Just like the first edition, each nine teams will play six series each, three home and away. The cut-off date for the teams is 31 March 2023. Meanwhile, ICC is yet to decided on the venue for the summit clash. Few experts, though, believe that ICC should stage the final in a country that is at the helm of the points table at the end of the league stage. Also, many wanted ICC to conduct a series of finals to decide the winner. While ICC hasn’t made any decision on the venue, they have ensured there won’t be any change in the format of the tournament. 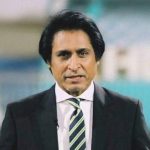 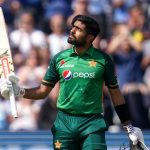