India and New Zealand locked horns in the final match of the three-match ODI series on November 30, Wednesday and much to the dreariness of the cricket fans, the match was called off due to rain, with the Kiwis winning the series 1-0. For the unversed, New Zealand won the first ODI by 7 wickets on the back of a stupendous century from Tom Latham.

As things stand, after being forced to bat first, India were bowled out for 219 runs with Washington Sundar top-scoring for the Men in Blue with his 64-ball 51. Shreyas Iyer, who came in at Number 3, managed to score 49 runs and made a vital contribution to the team’s total.

However, the biggest disappointment was Deepak Hooda, who managed to score only 12 runs, as fans started trolling him on their social media accounts. A few among them went over the board as they took a dig at him comparing him to Vijay Shankar, who failed to deliver for India in the 2019 50-over World Cup.

More Asian wickets is a more practical journey to the World Cup for us: Shikhar Dhawan

New Zealand got off to a flyer, chasing the target and the match was interrupted by rain at the end of the 18th over when the Kiwis were cruising at 104/1. Shikhar Dhawan, the skipper of the Indian team, opened up on the series and the tour to Bangladesh and said that playing more against Asian teams would be the practical approach to the 50-over World Cup taking place in India in 2023.

“Absolutely, going to Bangladesh, hopefully the weather will be better there. We are a young unit. The bowling unit learnt about bowling the good length area more. We were short at times. All the seniors are going to be back in the side,” Dhawan was quoted as saying after the match was called off.

“More Asian wickets is a more practical journey to the World Cup for us. Important to get the small things right – right lengths for the bowlers, batting close to the body in these conditions for the batters… these are the learnings,” he added.

Let us take a look at a few Twitter reactions to Deepak Hooda’s innings on Wednesday:

No ireland no party

Samson would've played better than this

He is another fraud ,getting too many chances .

This team deserve too many defeats

He is great player , he can bowl . Dhawan and gill are also great allrounders 😂

Played his last match may b 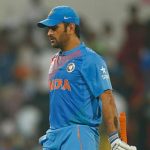 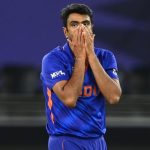