England have announced the 16 member squad for their upcoming T20I series against Sri Lanka scheduled to get underway from June 23 in Cardiff. All rounder Chris Woakes, Liam Dawson and David Willey have been recalled in the side while the injured duo of Ben Stokes and Jofra Archer are still not fit enough to find a place. Woakes last played a T20I for England in 2015 while Willey’s last appearance in the shortest format was in 2019. England coach Chris Silverwood stressed that the upcoming series against Sri Lanka and Pakistan will be used to fine-tune their team combination ahead of the T20 World Cup. Also, in the absence of senior players, Silverwood will have the opportunity to look at some experienced cricketers, who have not played for a while.

“With the T20 World Cup only a few months away, this summer is about perfecting our team and continue to progress on the field. We want to approach every series with an influx of players aiming to win every match and giving us the best preparation as we get closer to the tournament,” said Silverwood.

“With several high-profile players missing through injury, it allows me to look at some of our experienced players who have not featured at this level for some time. The likes of Chris Woakes and David Willey are very experienced cricketers, and to have them both in the mix is exciting and shows the depth of squad we have available. I want our team to play an attacking form of the game,” added Silverwood.

Hampshire spinner Liam Dawson, who will be donning the English jersey for the first time since 2018, will eye a spot in World Cup squad as a front line spinner. However, he will be under pressure to perform as England don’t play too many T20Is post the Sri Lanka and Pakistan series. The final two T20Is of the series will be played on June 24 and June 26. 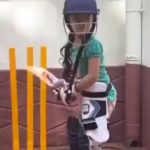 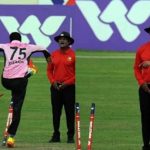