Former India skipper and BCCI President Sourav Ganguly is celebrating his 49th birthday today. The southpaw was instrumental in India’s evolvement as a team who can beat any opposition, in any conditions. He was the one who shaped up the careers of many Indian legends like Virender Sehwag, Harbhajan Singh, Yuvraj Singh, Zaheer Khan among others and induced a fearless attitude in the team.

A phenomenal leader, Ganguly led India into the finals of three back to back ICC events, including two Champions Trophies and ICC Cricket World Cup 2003 in South Africa. A famous tour to Australia, where a young Indian team gave the mighty Australians a run for their money, is the highlight of his career.

Apart from being a phenomenal captain, Ganguly has astonishing numbers as a batsman. Ganguly scored 7212 runs in 113 Test matches, including 16 tons and 35 half-centuries in the longest format. A part-time bowling all-rounder, Ganguly scalped 100 wickets in this format. In ODIs, Ganguly represented India in 311 ODIs and finished with 11363 runs, including 22 hundreds and 72 half-centuries.

On his birthday, the cricket fraternity extended their wishes to Sourav Ganguly.

My beloved Dadi. Happy birthday. Wishing you a healthy and happy year ahead. pic.twitter.com/wX9WlPZpPU

My best wishes to you dada @SGanguly99 The Indian cricket will forever be grateful to you, thank you for bringing out the best in everything! Your passion towards cricket will always be an inspiration for generations to come! #HappyBirthdayDada

Many more happy returns of the day @SGanguly99 . May you be gifted with life’s biggest joys and never-ending bliss. Wishing you a great year ahead. #HappyBirthdayDada pic.twitter.com/O2SXZjHaMp

A hundred to mark the start of a special career 👏

Dada taught us youngsters how to win and Dhoni made it into a habit. Two great leaders from different eras born just a day apart. Happy birthday to the men who shaped Indian cricket.@msdhoni @SGanguly99 pic.twitter.com/l8F7qaPlWr

He took charge of Indian cricket in its darkest hour and led Indian cricket to a new dawn. Happy Birthday to the ultimate leader of men @SGanguly99 #HappyBirthdayDada 🎂 pic.twitter.com/EUo6FjylQv

Many many happy returns of the day @SGanguly99 .Your contribution to Indian cricket at critical times as captain and as administrator has been brilliant and wish you a very fruitful year ahead. #HappyBirthdayDada pic.twitter.com/JHSocFktoL

Ganguly too cut a special cake on his birthday and wished the Indian contingent luck for the Tokyo Olympics. 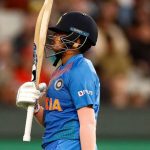 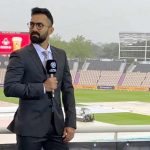