India’s 17-year-old sensation Shafali Verma made a historic debut and notched up the highest score by an Indian woman on Test debut. However, she agonizingly fell 4 runs short of what would have been a magnificent hundred. Shafali played a flawless inning of 96 runs in 152 balls, smashing 13 fours and two sixes against England in a one-off Test. She was dismissed by Kate Cross, caught by Anya Shrubsole, in an attempt to reach the three-figure mark with a six.

Post her innings, Shafali revealed that while she would ‘always regret’ missing out on a hundred on debut, the innings will give her a lot of confidence to aim higher next time.

“It’s always natural to feel bad to miss out on a hundred (on debut). I will always regret it, but this innings will give me a lot of confidence in the coming matches. I hope to convert it to a hundred the next time,” the Indian opener said in the virtual post-match media conference here.

The opener took to Twitter and expressed gratitude to everyone who supported and cheered for her. She said that her family and coaches will miss those four runs more than her. During her knock, Shafali broke the record of Chanderkanta Kaul, who had scored 75 on Test debut against New Zealand at Nelson.

“I would like to thank each and everyone of you for your kind words of support and for your wishes. It would not be possible to respond to each message individually. I am proud to be a part of this team and such wonderfully supportive teammates and support staff,” she posted.

“I know my father, my family, my Association, my team and academy will miss those 4+ runs more than me but I will make it up to them on other occasions. They have all been a huge support!”

Shafali along with Smriti Mandhana(78) stitched a magnificent 167 runs for the opening wicket. This was India’s highest opening stand in Tests, going past the 153-run mark stand between Gargi Banerji and Sandhya Agarwal against Australia in Mumbai in 1984. India women slumped from 167-0 to 183-5 to hand the advantage back to the hosts. They ended day two at 187/5. 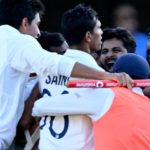 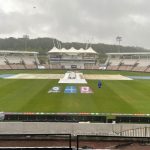