Pakistan batsman Azam Khan has been ruled out of the second and third T20I against West Indies after sustaining a head injury while batting in the nets. The right-hand batter was training with the team members and readying himself to play in the second game of the series. However, in an unfortunate incident, he was hit on the head by a ferocious bouncer. As soon as the ball hit him, the batter seemed to be in pain and was rushed to the hospital for a CT scan.

After analyzing the reports, the 22-year-old was ruled out of at least the two T20I matches against West Indies, set to be played on Saturday and Sunday. According to ESPN Cricinfo report, the batter is under observation and will be monitored again on Monday. While Azam had worn his head protective gear, the batter seemed to be in discomfort while going to the hospital with Pakistan team doctor Riaz Ahmed.

The West Indies Cricket Board (CWI) meanwhile have announced entry of the fans in the stadium to watch the remaining three games set to be played in Guyana. However, only those who are fully vaccinated will be allowed entry into the stadium.

“In the build-up to the matches, we have worked with our colleagues at the Guyana Cricket Board (GCB) and the Government make sure all the necessary protocols are in place and all requirements are met to ensure the safety of players and officials, as well as the spectators to the venue. Our T20 team has been in superb form, and we hope to see them continuing in this vein and give the people of Guyana and the whole of the West Indies plenty to shout about.” 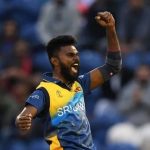 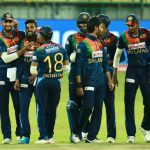