Young cricketing talent is on the rise in the country. Due to the Indian T20 League and the money involved in it, many kids today are choosing cricket as a career path. Players like Umran Malik, Avesh Khan, Arshdeep Singh and many others have even found a place in the national side due to their Indian T20 league performance.

A great number of talented players however also poses a unique problem to the cricket board. Irrespective of player availability, the places in the starting team remain at 11. This is when a huge number of young players becomes an issue.

Talking to Sportskeeda, the Saurashtra batter said, “There has been no communication (one why I was not picked). But once I asked someone what more I need to do, I was told I am old. They told me that above 30, we are not picking anyone. But ultimately, after a year, they picked someone who was around 32-33.”

The batter voiced his issue with this absurd unwritten rule and wanted clarity on it. Speaking of the same he said, “I was very vocal that is there any law that once you’re above 30, 35 or even 40 you cannot get picked?” The wicket-keeper asked the board, “why don’t you come out with a law itself.”

Sheldon Jackson plays for the Kolkata team in the Indian T20 League, but was replaced by Sam Billings due to his sub-par performances in this year’s edition. The Kolkata batter however has a good domestic record with 5947 runs in 79 first-class matches. He is also edging closer to 10,000 runs across all formats. 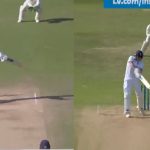 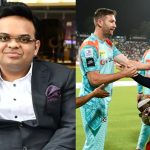