The baggy green side was all-out for exactly 200 runs in their second innings of the Boxing Day Test match against India. Australia resumed the play at 133 for 6, and their lower-order struggled hard. The hosts could only manage to put up a lead of 69 runs.

Team Australia had also failed to perform in the first innings as well. The entire team collapsed for 195 runs. Not a single Australian batsman could cross the fifty-run mark in both the innings.

Labuschagne’s 48 was the highest score by an Australian batsman on an opening day. This is the first time since the year 1988 that Australia has had a home Test without any of their batsman scoring a half-century.

Australian cricketers have struggled a lot in their recent Tests against India. It has been a long time since an Australian have scored a century in a Test match against India.

The last Australian Test century against India was in 2017

Predictably, it was Steve Smith who notched up a three-figure score in a Test match against India. He scored a century in the fourth Test of the four-match series in India, at Dharamshala on March 25, 2017.

Steve Smith had smashed 111 runs from 173 balls in the first innings as the Australian opted to bat first after winning the toss. Smith hammered 14 boundaries in his 224-minute stay at the crease. His sworn enemy, Ravichandran Ashwin, dismissed him.

India had won the Test match by eight wickets with Ravindra Jadeja’s brilliant bowling effort. Coincidentally, Rahane was also leading that Test after Virat Kohli was ruled out because of an injury.

Since 2017, an Australian batsman’s highest score in a Test match against India has been 79.

In the on-going Border-Gavaskar Trophy, Captain Tim Paine’s unbeaten 73 remains the highest by an Australian batsman. On the other hand, Steve Smith, who has an astonishing record against India, has not performed in the last 2 test matches. The batsman has only managed scores of 1, 1 not out, 0 and 8.

India will face Australia for the third test encounter on January 7, 2021, in Sydney. Team India is likely to regain Rohit Sharma’s services as he will join the Test team on Wednesday after flying from Melbourne to Sydney. It will be interesting to see whom he replaces in the playing eleven. 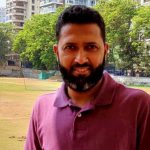