The 14th edition of the Indian Premier League was postponed after multiple players and support staff tested positive for COVID-19. The BCCI now is looking at the September window to complete the remaining matches of the IPL. The board has already made it clear that they will suffer huge financial losses if the remainder of the IPL doesn’t take place this year, thus, they will be keen to finish off the tournament before the T20 World Cup.

However, there are multiple issues for the BCCI. First, they need to find a safe venue to complete the tournament as India, at the moment, is a very unlikely option. Secondly, the availability of overseas players is a cause of concern.

Yesterday, few reports emerged that England players won’t be available to take part in the remainder of the IPL due to their packed international calendar. If that’s the case, it will be a massive setback for the BCCI and the players as well.

Former England cricketer Kevin Pietersen took to Twitter and said that England players should together take a stand against ECB and make the board aware that they want to play the league. He added that when he went against the board, he was alone but if England stalwarts stands together, they will play the lucrative tournament. ECB for the first time allowed their players to play in a full season of the IPL despite them taking on New Zealand around the same time. However, with IPL getting postponed, all their players will be available for selection against New Zealand.

“It’s going to be very interesting to watch how the ECB handle this issue around not allowing it’s best players to play IPL, if it’s rescheduled. When I went up against ENG, I was alone. This time, it’s all their best branded players! If they stand together, they’ll play IPL,” Pietersen tweeted. 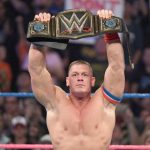