The fast bowler from Jamaica Marquino Mindley has been tested positive for COVID-19 in the middle of the ongoing training camp organised by Cricket West Indies (CWI) in St Lucia. He is the part of the 30-man squad announced ahead of the home Test series against South Africa.

Marquino is asymptomatic though and has been isolated from the rest of the contingent. The CWI medical team is having a close look at him and he will be allowed to join the camp only after returning back to back negative results.

All the other members of the camp including coaches were tested again and have returned negative results for the virus. Having said that, the camp was called off for the weekend soon after Marquino Mindley tested positive. The three-week long camp got underway on May 16 in a bio-secure environment and is set to resume on May 24.

“CWI continues to work with all the regional governments and CARPHA (Caribbean Public Health Agency) to encourage and assist all squad members to get vaccinated. To date, 43 members of West Indies Men’s playing and coaching staff have received vaccination doses,” CWI said in a statement according to ESPNCricinfo.

As far as Marquino Mindley is concerned, the seamer made his first-class debut in 2014. He has played 35 FC matches so far picking up 84 wickets. He can also bat decently having mustered 394 runs. In the 2019-20 first class season, he was the highest wicket-taker for Jamaica with 24 scalps in six matches at a brilliant average of 22.66.

The first Test between West Indies and South Africa is set to kick off on June 10 and Marquino will be hoping to recover on time for the series. 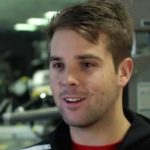