While players like Glenn Maxwell and Jhye Richardson earned hefty paychecks, Steve Smith could only bag an IPL contract of 2.2 crores from Delhi Capitals, which is a relatively low price considering the stature of Steve Smith in world cricket. RCB was also interested in the Australian Test skipper but they didn’t want to pay anything more than his base price. They did place the initial bid of 2 crores which was challenged by the Capitals who placed the second bid at 2.2 crores. With no further bids, Smith was sold to Delhi Capitals. Talking about purchasing Smith, DC’s assistance coach, Mohammed Kaif said that they’re lucky to get Steve Smith at such a low cost. He said that they were willing to pay more if needed to get Smith on board.

“I thought we were lucky to have him so cheap. We were willing to pay even more for him, we realized last year when Amit Mishra and Ishant Sharma got injured during the IPL that we need to keep back-up for international players. Any foreign experienced player in the squad helps a lot and you should also have a backup option. And we will find ways to have him in the playing XI straight away,” Mohammed Kaif said speaking after the auction.

Smith was released by Rajasthan Royals after not performing well in the previous two seasons, where he could only score 630 runs in 26 matches at an average of 26.25 and a strike rate of 123.61. 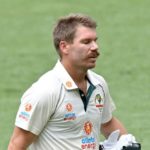 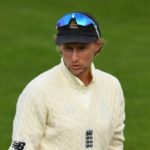