New Zealand stalwart Tim Southee wants New Zealand to play more three-match Test series than two-match series. The No 1 Test team in the world defeated India to grab the World Test Championship mace. The Kiwi bowlers were at the top of their game and restricted India to 217 and 170 in both innings of the WTC final. New Zealand needed 139 runs to win the title and gritty knocks by Kane Williamson and Ross Taylor helped them sail through by 8 wickets. Southee said New Zealand have the right to play more Tests.

“I guess one of our strengths as a side is that we sort of just concentrate on what’s put in front of us, and what we try and achieve as a group, but I guess playing more Test cricket as a whole would be nice. We don’t play that many three-match series, so I guess just being able to play more Test matches and hopefully more three-match series rather than two-match series,” ESPNcricinfo quoted Southee as saying.

New Zealand have played as many as 18 bilateral series over the last five years and only three of those had more than two matches. WTC final runners up India also played 18 series but 12 of those had three Tests at-least.

“But yeah, I think it’s tough with future tours programme already being in place up to now, but just being able to perform at this level for a number of years and being a consistent side, I guess we have that right to play more Test cricket,” he added.

“As players, Test cricket is the pinnacle of the game, and you always want to play more. It’s something that we haven’t played a lot of, three-match-series, so to be able to test yourself over three matches rather than just two matches — it’s obviously a lot more taxing, it’s a tougher battle to get yourself up and go again over three matches, but that’s the beauty of it, and it’s part and parcel of it. It’s tough cricket, and you want to play as much as you possibly can,” said Southee.

Talking about his retirement plans, the Kiwi veteran said that he wants to represent the country for as long as possible, adding that he is feeling fit as ever.

“I feel as fit as I ever have, so I’d love to play this game for as long as I possibly can. It’s an absolute privilege and an absolute honour to represent your country, and do what we do, so I personally would love to do it for as long as possible,” he added. 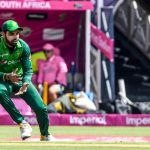