Pakistan cricketer Shoaib Malik has launched a scathing attack on the Pakistan Cricket Board (PCB). He has accused the board of nepotism while claiming that there is a system of liking and disliking players. Malik also stated that the players don’t get picked based on merit but based on connection and links.

The 39-year-old didn’t name any one but has taken a direct dig at the board. He also reckons that Pakistan cricket will never move forward if nepotism exists and felt that the talented players should get a chance to represent country at the highest level.

“We have a system of liking and disliking in our cricket, which is something that is present in the rest of the world as well, but seems to be a bit more in our culture. The day things change in our cricket system where more importance is given to skills rather than who a person knows, only then will things improve,” Malik said according to Pakistan journalist Saj Sadiq.

Moreover, Shoaib Malik also understands that these controversial may have an impact on his rest of the international career. He is still playing for Pakistan in the shortest format and might even make it to the T20 World Cup squad. But he last played in September 2020 and even after making these statements, he isn’t worried.

“Whatever is in my fate is in the hands of the Almighty and not in any person’s control. I will have no regrets if I am not asked to play again, but I would have felt more regret if I had not spoken up on behalf of my fellow cricketers,” the talented batsman further added. 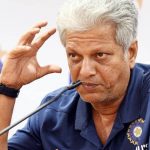 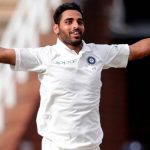