Despite having a miserable record in the country, Bangladesh coach Russell Domingo was optimistic about Bangladesh beating New Zealand in the ODI series. However, that was not the case to be as the visitors couldn’t even compete, let alone win. Post their embarrassing loss, Bangladesh skipper Tamim Iqbal admitted that his team is going nowhere if they continue to play the way they did in the series.

“I thought they played exceptionally well. We are a much better team but if we continue to play like this, we are going nowhere. We understand that it is a different condition than back home, but we have to improve a lot to compete with them,” said Tamim, reported Cricbuzz.

While Bangladesh were below par for most part of the series, for a brief moment in the 2nd ODI, they were in the ascendancy but failed to capitalize and crumbled to a crushing defeat. Pointing out the same, Tamim admitted that it was a pretty disappointing series for them.

“If you take out the second game, we never looked to be competing with them, which is very disappointing. I said before the series that I had high hopes. I thought we definitely had a chance. We did get a chance in the second game but overall, it was a disappointing series for us. We didn’t play well.”

With ICC introducing the point based system in ODIs, Tamim stressed on the fact that they can’t get away with a poor series such as this.

“I personally didn’t come to New Zealand for improvement. We came to win games. This is no longer just a bilateral series. This is a points-based system. You win, you get points and makes your life easier for qualification.”

With the ODI series done and dusted, the two teams will now clash in a three match T20I series that gets underway on March 28. Tamim, however, has pulled out of the series due to personal reasons. 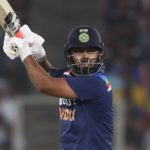 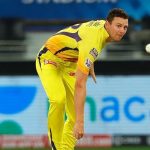