India cricketers Shafali Verma, Radha Yadav will be playing for Sydney Sixers in the upcoming Women’s Big Bash League (WBBL) season. Verma has emerged as one of the most promising talents of India. She proved her prowess in the T20 World Cup 2020 and is currently the number one batter in the T20I format as per the ICC rankings.

She registered her maiden ODI half-century in the third ODI against Australia to be one of the architects of the team’s victory. Opening up on her signing, Sixers coach Ben Sawyer heaped praises on the batter.

“Shafali is very impressive. She’s such a talent and she’s fearless. She hits different areas of the field and plays shots that are different from the other three girls in that top four. The experience I had with her in Birmingham was that she wants to learn, she wants to get better and she wants to grow as a player and a person,” Sawyer said as quoted by ESPNcricinfo.

Radha Yadav, on the other hand, will be featuring for India in the T20I series against Australia. Though she isn’t part of the Test squad, her all-round abilities make her a pivotal aspect of the team in the shortest format. She will be keen to do well in the WBBL.

India’s keeper-batter Richa Ghosh is set to play for the Hobart Hurricanes in the upcoming WBBL season. She came into the limelight after her impressive performances in the ODI series against Australia. She registered the knocks of   32* and 44 runs in 1st and 2nd ODI respectively to blow the trumpet of her repertoire. Her fearless approach towards batting and the ability to provide stability to the team in the middle overs led her way to the high-profile league. 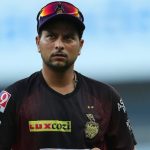 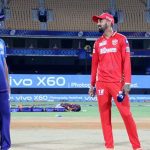