There was an intriguing battle between South Africa and India on the first day of the second Test. While both the teams looked to gain the upper hand, it would be safe to say that the game is evenly poised at the moment.

Despite some good batting performances by KL Rahul and Ravichandran Ashwin, Jasprit Bumrah’s cameo was one of the major talking points of India’s innings with the bat. During his innings, he managed to hit South Africa pacer Kagiso Rabada for a glorious six. As a matter of fact, his wife Sanjana Ganesan’s reaction made the glorious six even more precious.

During the 62nd over of the first innings, the Indian pacer hit a hook shot on the fifth ball of Kagiso Rabada and deposited the red cherry into the stands. Although the Proteas pacer had bowled a bouncer at full pace, Bumrah ensured that he didn’t make any mistakes and gave his team six valuable runs.

However, his wife and TV presenter Sanjana Ganesan’s reaction showed how enthralling that shot truly was. Even Prithi Narayan, who happens to be Ravichandran Ashwin’s wife, had a priceless reaction to it.

In the meanwhile, the Rahul-led side managed to get to 202 in the first innings on Day 1. Despite a valiant fifty by their stand-in captain, the visitors kept losing wickets at regular intervals. A spirited effort by Ashwin, with a little help from the tail, saw them get to a score of more than 200.

In reply, the hosts ended the day at 35-1. While their skipper Dean Elgar is still at the crease, the Proteas would be looking to get to a lead and score as many runs as possible. Thus, the remaining four days promise to deliver exciting contest between the two sides. 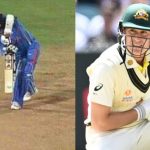 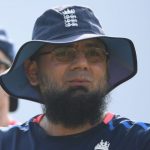