Ravichandran Ashwin picks up his first wicket for Surrey(Twitter)

While other members of the Indian contingent in the UK are enjoying a break ahead of the five-match Test series against England, ace spinner Ravichandran Ashwin decided to furnish his skills in a County Championship game. Playing for Surrey, Ashwin, who replaced Kyle Jamieson in the playing XI, accounted for the wicket of Tom Lammonby. The off spinner went wicketless in his initial spell but returned in the 40th over to clean up Tom Lammonby. The batsman expected Ashwin’s delivery to spin away but the ball held its line and clipped off the bails to dismiss the left-hander for 42. The wicket ended a 106 run partnership between Lammonby and Somerset skipper James Hildreth.

This was Ashwin’s maiden appearance for Surrey. Earlier, he has represented Worcestershire in 2017 and Nottinghamshire County in the 2019 edition. Ashwin opened the bowling for Surrey and became the first spinner in 11 years to bowl the first over in County Championship. The game will end on July 14, the day when the Indian team is set to assemble. Ashwin will join the team to begin preparations for the five-match Test series against England that gets underway on August 4 in Nottingham.

The Indian team was not scheduled to play any practice match ahead of the series but the BCCI has requested the ECB to arrange a couple of warm up games for the Indian team. ESPNcricinfo reported the Virat Kohli-led side could play a practice match against ‘Select County XI’ in the third week of July.

“We are aware of a request from the BCCI to play a three-day warm-up match against a County Select XI as part of the Indian Men’s Test team’s build-up to the five-match Test series,” Hindustan Times quoted ECB spokesperson.

“We are working through the operations and COVID-19 protocols to ensure we are able to deliver this and will confirm in due course. The Indian Test team will report to Emirates Riverside, Durham for their pre-Test camp on 15 July and will prepare at the venue until 1 August before heading to Trent Bridge, Nottingham ahead of the first Test starting on 4 August.” 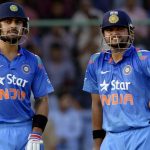 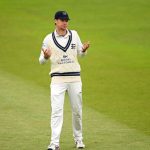