MS Dhoni will be seeking revenge for a miserable outing in the previous edition of the Indian Premier League. The former Indian skipper arrived in Chennai a few days back and now the Chennai Super Kings have posted a video of him practising and hitting sixes as will.

The video starts with MS Dhoni entering CSK’s nets. He then plays few shots before getting into a groove and tearing apart the bowlers. He was striking the ball well and seemed pretty confident. The CSK skipper showed no signs of rustiness despite not playing since the 2020 edition of the IPL.

You can watch the video here

The IPL 2021 won’t be easy for Chennai Super Kings as they go into the tournament under tremendous pressure. With Suresh Raina back and few new signings, they can expect a change in their fortunes. MS Dhoni also would like to contribute a lot more with the bat. The skipper had a poor outing in the last season and could only manage 200 runs in 14 games. This was the first instance of CSK not qualifying for the playoffs. 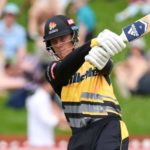 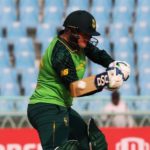