In a bizarre turn of events, Queensland’s Matthew Renshaw kept his helmet at the batting guard of batter, Jake Weatherald, in their match against South Australia at Karen Rolton Oval in Adelaide. The incident occurred during the ongoing Sheffield Shield match. Usually, in cricket, it is a common practice to keep the helmet behind the wicketkeeper. The Queensland player thought kept it at the batting guard, which irked the South Australia batter.

The strange event took place in the eighth over of the innings. Weatherald reached the crease and angrily kicked the helmet away. It took the onlookers and officials by surprise. They were not happy with this unpleasant gesture by the South Australian player. Queensland captain Usman Khawaja was certainly not happy by what he saw.

Bizarre things on a cricket field:
Matt Renshaw (QLD) carried the helmet from one end to other and kept it right on the batting crease on batters guard.

He went to Weatherald and was seen having a heated discussion before the South Australian player spoke to umpires and talked about the whole incident. Although the cricketing action returned to normalcy, it remains to be seen if any further action is taken against Renshaw and Weatherald.
Renshaw is someone who always tries to spice things up with his antics. The latest one is sure to have some relevance or background story. Meanwhile, Weatherald’s act was not approved by South Australia management.

Speaking about Sheffield Shield, this season has not been short on drama, action, and controversies. Apart from the latest controversy, the tournament has also seen a day being suspended due to uneven bounce in the pitch. A match between Victoria and New South Wales was postponed before toss due to Will Sutherland testing COVID-19 positive. 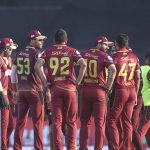 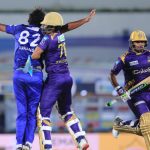