While Deepak Chahar didn’t have a great outing in the game against Punjab Kings (PBKS), the day, 10th October will stay in his heart forever. The pace sensation after the match publically proposed his girlfriend. While the name of the girl is not known yet, the charming pacer is off the market now, with him confirming his relationship on national television. Chahar went down on the knees and offered a ring to his girlfriend, who said ‘yes’.

Deepak Chahar proposed to his partner after the match. Congratulations guys❤️💍😭 pic.twitter.com/OFdq33yUIv

Meanwhile, CSK faced their third consecutive defeat in the IPL which has put them in a spot of bother. CSK was looking good to end the league stage as one of the top two teams but now with three back to back losses, they’ll have to hope that RCB loses their game against Delhi. A win by good margin might just push RCB above CSK. At the moment, CSK have a better run rate of 0.455 as compared to -0.159 of RCB.

Meanwhile, CSK batting yet against struggled with none apart from Faf Du Plessis resisting the PBKS bowlers. Faf held fort at one end and played a brilliant knock of 76 to push CSK to a respectable total of 134. However, little did they knew what’s awaiting them – a KL Rahul storm. The Punjab skipper was at his destructive best and smacked the bowlers to all corners of the park.

Rahul stroked a magnificent unbeaten 98 off 42 balls to help PBKS win the match in 13 overs. The win in 13 overs means that PBKS are still alive in the competition with their net run rate getting better than Mumbai Indians. If KKR and MI lose their matches by a big margins, they might just be lucky enough to qualify. Meanwhile, Chahar had an off day at the field and gave away 48 runs in 4 overs. However, he still is having a decent tournament, with 13 wickets in 13 games so far. 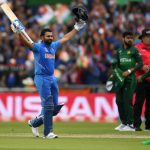 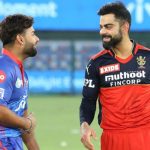