Former India opener Wasim Jaffer is very active on social media and often leaves his fans bemused by his witty and humorous posts. Jaffer, who has had numerous banters with Michael Vaughan, recently trolled Kevin Pietersen for one of his posts. Reverting to a Tweet by Pietersen where he predicted that Moeen Ali will pick six wickets for England in India’s second inning on Sunday, Jaffer posted a meme made with photos of a character from India’s popular sitcom ‘Taarak Mehta ka oolta chashma’ , leaving everyone in splits.

Jaffer captioned the meme: “Trying to work out how India will be batting on Sunday.”

Opting to bat, India was bowled out for a mere 78 in their first inning. The match started on Wednesday and by the looks of it, India batting on Sunday, which will be Day 5 of the match, is very unlikely as the match is heading towards an early finish.

The hosts are going strong at 226-2 in their first inning at the time of writing. Earlier in the day, Mohammed Shami picked up an early wicket of Rory Burns to raise hopes of an Indian fightback. Soon Ravindra Jadeja also bowled Haseeb Hameed. However, since then, Dawid Malan and Joe Root have looked solid and kept the Indian bowlers at bay. 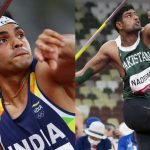 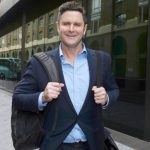