Former Indian opening batsman Wasim Jaffer picked his top-five Indian batsmen for the upcoming third Test at Sydney. After equalizing the Border-Gavaskar series at 1-1, the focus has now shifted to the crucial third Test. Ajinkya Rahane and Team India will find themselves in a tricky situation leading up to the Sydney Test.

Generally, after a win, teams tend to back their playing XI. However, the Men in Blue are looking at two inevitable changes. Umesh Yadav has sustained an injury and is out of the series. On the other hand, vice-captain Rohit Sharma is set to be roped in the third test team. Former cricketer Wasim Jaffer gave his opinion on India’s possible batting line-up. He selected the line-up with a hilarious and cryptic tweet for Ajinkya Rahane.

Wasim Jaffer used coded phrases while picking his top-five players for the upcoming Test. In the tweet, “filter coffee” is most likely a hint on the inclusion of KL Rahul. He used this phrase to be a part of the infamous ‘Koffee with Karan’ controversy in 2019. The second sentence was about “breathing underwater”. This is a clue on the ‘gills‘, which indicates youngster Shubman Gill holding his place in the squad.

Wassim Jaffer referred batsman Cheteshwar Pujara with “Che Guevara”. Fans of Indian cricket should be aware that Che is Cheteshwar Pujara’s nickname. According to Jaffer, this means that Pujara should continue in his position at No.3. And finally, “Dombivali” and “Borivali” are the words for Ajinkya Rahane and Rohit Sharma. This was a hint regarding the batsmen’s home cities in Maharashtra.

Either Mayank Agarwal or Hanuma Vihari are going to be part of the playing XI. Rohit Sharma will be included in the team as a replacement for either batsman. Mayank Agarwal has had a low series so far in the two tests. It remains to be seen if the management will give the opener another chance at Sydney.

It is still not clear where Sharma will bat in Sydney. The batsman is either going to open or bat at the middle-order. The third Test between Australia and India kicks off on January 7. Talking about Jaffer’s record, he has played 31 Tests for India and scored 1944 runs at an average of 34.11. Jaffer has also scored five centuries and two double hundreds in his entire Test career. 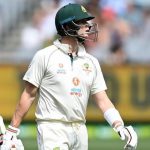 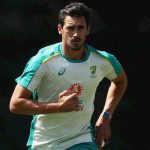