Former India opener Wasim Jaffer is known to give witty replies and be street smart with his posts on social media platforms. Be it his funny banter with cricketer-turned-expert Michael Vaughan, or his smart birthday wishes for the players, Jaffer sure knows a thing or two about being sassy and funny. This time too, the former India batter has posted a series of Tweets regarding the India-Pakistan match in the 20-20 World Cup, which is slated to take place on Sunday (October 24).

Jaffer’s posts are usually very creative and tricky for the users and this time too he didn’t disappoint his fans as he picked his India XI for the match against Pakistan without naming the players. Rather than opting for the traditional approach, the 43-year-old picked his India XI by posting a collage of each player’s IPL franchise.

“This is my team for tomorrow. What’s yours? #INDvPAK #T20WorldCup,” Jaffer captioned the post. In another Tweet, the former India opening batter depicted the mentality of the Indian fans and what skipper Virat Kohli should do after winning the coin toss.

This is my team for tomorrow. What's yours? #INDvPAK #T20WorldCup pic.twitter.com/X3j7cAEwqE

Speaking about the India and Pakistan encounters in the 20-20 World Cups, the former has dominated the proceedings by winning all-five battles. India are also in good form in lead up to their opening game with two wins in the warm-up games against England and Australia respectively. The only concern for India is the fitness of all-rounder Hardik Pandya and whether he would be available for bowling. However, skipper Kohli has revealed that Pandya is getting better and would soon be seen with the ball in hand. 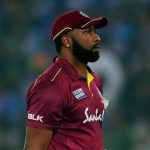 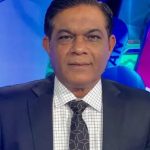