Wasim Jaffer has been known for his witty and humorous social media posts. Recently, he and former England skipper Michael Vaughan were involved in a banter after India’s Test series loss to South Africa.

Now, Jaffer has given a befitting reply to Vaughan by taking a subtle jibe at the England team after their latest 0-4 drubbing Down Under in the Ashes 2021/22 series. After managing a hard-fought draw at the SCG last week, the Joe Root-led side lost the fifth and final Test match in Hobart by 146 runs.

Taking to the micro-blogging site, Jaffer posted a hilarious meme to take a dig at Vaughan and the England cricket team. The multiple-time Ranji Trophy winner had posted a meme featuring Aamir Khan and Raveena Tandon. The song picturised on two of the lead actors is titled ‘Ello Ello’ and it is from the 1994 Bollywood film Andaz Apna Apna which is written & directed by veteran director Rajkumar Santoshi.

Coming to the Hobart Test, the English bowlers bowled exceptionally well to skittle out Australia for 155 thereby, needing 271 runs to manage a consolation with. Mark Wood was the pick of the bowlers for England with six wickets to his name. In reply, openers Rory Burns (26) & Zak Crawley (36) added 68 runs for the opening stand but once the duo was dismissed, no other batter could offer any resistance as the visitors could only add 56 more runs, and were bundled out for 124. Skipper Pat Cummins, Scott Boland, and, Cameron Green registered three scalps apiece. Travis Head was named the Player of the Match & Series. 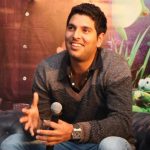 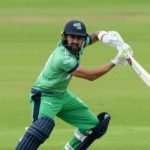