Many experts have criticised team India for not picking Kuldeep Yadav in the first Test against England in Chennai. More so, it happened after skipper Virat Kohli said in the press conference on the eve of the match that the chinaman bowler will be back in the scheme of things during the home series.

But much to everyone’s surprise, Kuldeep was benched again while Shahbaz Nadeem and Washington Sundar were preferred in the XI. Amongst all the reactions, Michael Vaughan termed the decision as ‘ridiculous’. And it also looked like a poor call from India after Nadeem was taken for runs easily by England batsmen.

Meanwhile, former India cricketer Wasim Jaffer has shared a heartwarming message for Kuldeep Yadav and has advised him not to get disheartened with another snub. However, he also pointed out that the spinner hasn’t played much since August and is changing only bio-bubbles.

Kuldeep didn’t play much even in the IPL and was benched by the Kolkata Knight Riders for most of the matches. “Can’t help but feel sad for @imkuldeep18 Since August he’s been travelling from one bio-bubble to another, but haven’t really got a chance to showcase his talent. But don’t lose hope Kuldeep. You have done it before and I’m sure given an opportunity you will do it again #INDvsENG,” Jaffer’s tweet read.

It will now be interesting to see if India include Kuldeep in the XI for the next Test irrespective of the result of the series opener against England. 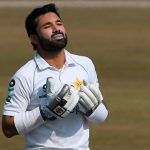 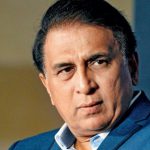