It’s been an interesting turn of events for Washinton Sundar in the last couple of months. He went to Australia with the T20 squad, but, never in his weirdest dreams would have imagined playing a crucial role in taking India to the final of the World Test championship. But that’s the beauty of life. You never know what’s coming your way. Sometimes, you may feel robbed of opportunities, the other time, you get more than you expected. An injury to Ravindra Jadeja in the third Test left India with no option but to include Washinton Sundar in the playing XI. To be fair, not many would have expected Sundar to pull off what he did in his debut. At 200-3, Australia were looking to bat India bat out of the game but Sundar got the crucial wicket of Steve Smith that triggered a collapse as Australia were bundled out for 369 with Sundar returning with figures of 3-38. His adrenalin must be pumping after his performance but that wasn’t it as he had a lot more to contribute.

Sundar is regarded as a brilliant batsman in the Indian domestic circuit but against the trio of Starc, Cummins and Hazlewood, on a Gabba wicket, his odds of coming out on top was pretty low, but Sundar showed that if you believe in your skills, you are capable of doing the improbable. Chasing Australia’s first inning total of 369, India were tottering at 186-6 before two inexperienced lads, Washington Sundar and Shardul Thakur, against all odds, stitched a 123 run partnership to bring India back into the game. India bowled out Australia for 294 in their second inning, needing 329 runs to breach the Gabba frontier. Shubman Gill got India off to a great start while Rishabh Pant played a whirlwindling knock to pull off a magnificent win. While Gill and Pant got all the praises, Sundar’s little yet impactful knock didn’t attract the eyeballs. India needed 63 from 72 balls when Sundar came in to bat and the all rounder blasted 22 off 29 balls to release the burden off Rishabh Pant.

His heroics in Brisbane saw him being selected in the Test series against England. In his first Test in India, Sundar remained unbeaten on 85 as he ran out of partners. On a flat wicket, Sundar couldn’t manage to pick up a wicket which saw him being dropped for the second test. He made a comeback in the day night test in Ahmedabad but wasn’t required to do much as Axar Patel and Ravi Ashwin run riot and decimated England within two days. In the fourth and final test, Sundar only bowled 7 overs and picked up the wicket of Ben Stokes as England were bowled out for 205. It seemed that England were done and dusted but James Anderson and co. produced magic and managed to get India struggling at 146-6. It was a critical situation and a 30-40 run lead could have been very handy for the visitors. But once again, Sundar became India’s man of crisis and stitched a 113 run stand with Rishabh Pant. Sundar played the second fiddle to Pant before the southpaw was dismissed for a scintillating 101. Post his dismissal Sundar took charge and took India to 365, 160 runs more than England’s first inning score of 205. England batsmen showed little resistance as they were bowled out for 135 in the next inning, losing the match by an inning and 25 runs. With this win, India has qualified for the World Test Championship.

Clearly, Sundar is untested with his bowling but as a batsman he has shown enough promise. It will be very difficult for him to retain his place once Jadeja returns to the team but his performance has certainly given a sweet headache to the selectors. While India’s journey to the WTC final is a collective effort but Sundar triple 50’s in crunch situations certainly worth gold. Had he not contributed with the bat, who knows India might have lost any of the matches which would have made them miss the spot in the WTC final. 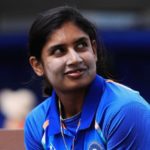 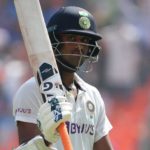