Washington Sundar has been in red hot form since he made his Test debut in the fourth Test against Australia. Every time India is in trouble he has always stepped up to lend them a helping hand. Sundar could easily have two hundreds against his name but unfortunately, he ran out of partners in both his opportunities. In the 4th Test in Ahmedabad, Sundar agonizingly was left stranded at 96, just 4 short of a magnificent hundred. India were 146-6 when Sundar came into bat and stitched a 113 run stand with Rishabh Pant to bail India out of trouble. Post Pant’s wicket, the all rounder took charge and dragged India to 365, giving hosts a handy lead of 160 runs.

“What I am really disappointed about are the tailenders. They couldn’t stay on for even a brief while. Suppose India were playing, needing 10 runs to win, wouldn’t this have been a huge mistake. There are millions of youngsters watching; they shouldn’t learn what the tail-enders did. It is not about technique or skills. It was a matter of courage. England were tired, Stokes was bowling at 123-126. They were not bowling at lethal pace.”

This is not the first time M Sundar has been disheartened. Earlier, in Brisbane Test, where India registered a scintillating win, he was upset that Sundar couldn’t score a hundred after playing well for his 62. 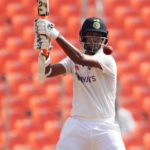 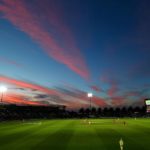