Former Australia captain Ricky Ponting has revealed he was interested in coaching Australia but the ball-tampering saga in South Africa changed his mind. Cricket Australia (CA) was left red-faced when Steve Smith admitted the ball-tampering charges in a Test against South Africa. Cameron Bancroft was caught changing the condition of the ball with sandpaper after which Smith revealed the leadership group involving him and David Warner was aware of the proceedings.

Later, Smith, Warner and Bancroft were suspended for degrading the game. After the events, Darren Lehman stepped down as Australia coach and Justin Langer took up the responsibility in all three formats.

“I had a few chats with Pat Howard. It never got to the detail of specifics, timing, resources, structure etc as there was no time pressure for that to happen,” Ponting said. “It was an open-ended discussion.” “However the events in South Africa in March 2018 led to so much change in Australian cricket and the appointment of Justin Langer to replace Darren Lehmann, across all three forms, was absolutely the right decision.”

When asked if he would take up the role if given an opportunity now, Ponting said he will have to give up a lot if he takes up Australia coaching role thus he would stick to coaching teams in the IPL and commentating as it allows him to have a work-life balance like never before. Ponting currently is the head coach of Delhi Capitals.

“My life has changed a lot since then. IPL continues to be my coaching priority and it works well with my media commitments with the Seven Network, Cricket Australia and Sky in the UK. “The rest of the year is spent with my family and enjoying a work/life balance that I have never had before. Right now, I would have to give up so much to take on a national role. It’s just the wrong time for me,” he added. 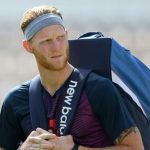