Mohammed Siraj has enjoyed great success ever since he made his debut for team India. While he has been brilliant for Virat Kohli in the longer format of the game, he is yet to prove his mettle in the coloured jersey. Mohammed Siraj has a wonderful tour of England and played a pivotal role in India’s win at Lords and Oval. With decent performance behind, Siraj was hopeful for an India call-up for the T20 World Cup. However, the selectors didn’t consider him.

Siraj said that playing World Cup is a dream for him but added that selection is not something that is in his hands. “The England tour was a great experience by any stretch of the imagination. I am glad that I could repose the faith of my captain Virat bhai, head coach Ravi Shastri, the support staff, and the entire team,” the 27-year-old told Sportstar on Thursday.

“Well, the selection is not in our hands. It was certainly a dream to play in the T20 World Cup. But, again, that is not the end of it all. I have many more goals — the biggest being to play a lead role in helping the team to win matches,” said Siraj.

Siraj is currently in UAE where he will represent the Royal Challengers Bangalore (RCB) in the second leg of IPL. The Virat Kohli-led team enjoyed a great run in the first leg and won five of their seven-game. They’ll be keen to replicate their performance in the UAE leg as well. RCB have not won an IPL trophy yet and Virat Kohli will be hopeful of ending their drought in the current season. RCB open their account against Kolkata Knight Riders on September 20 in Abu Dhabi. 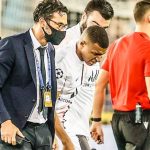 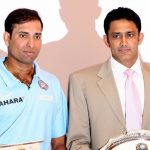