Sunrisers Hyderabad (SRH) assistant coach Brad Haddin has revealed that decision to drop opener David Warner in the Indian Premier League (IPL) was not related to cricket. The southpaw had a dismal outing for SRH in the 2021 season and scored only 195 runs in eight games. He was dropped from the team in the second leg after playing just two games and was even barred from travelling with the squad.

Warner, though, turned a corner in the recently concluded 20-20 World Cup and set the tournament on fire with blistering knocks. He scored 298 runs and won the Player of the Tournament award to lead Australia to their maiden 20-20 World Cup title.

In the summit clash against New Zealand, the southpaw scored a belligerent 53 and laid a foundation for a thumping eight-wicket victory. Haddin revealed that Warner was a bit rusty as he had not played a lot of cricket in the build-up to the IPL and needed just a few innings to get back to rhythm, hinting that Warner was not dropped for his poor form but something else. However, he didn’t disclose the reason for the development.

“I tell you what it was not a cricket decision that he was not playing for Sunrisers Hyderabad. I think the one thing you have to realize with David is that he was not out of form, he was out of match practice. They had a long break, he did not go to Bangladesh or West Indies. But he turned up in really good headspace. He was hitting the ball well, circumstances were out of our control, even the coaching staff,” said Haddin on the Grade Cricketers Podcast.

Warner has been the most consistent performer for SRH. He also led them to their maiden title in 2016. However, the way SRH management treated Warner in the recent season shocked many. He was stripped off his leadership duties and was forced to watch the matches from the stands. It’s almost clear that SRH won’t retain David Warner for the next season. The southpaw, however, has made a strong statement and is expected to fetch big in the mega auction for IPL 2022. 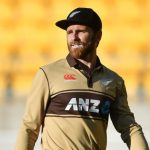 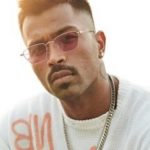