The T10 format is known to be the batsman’s game. But the ongoing edition of the T10 League in Abu Dhabi has witnessed a bowler making headlines for his exceptional bowling figures. Waqas Maqsood, the left-arm medium-pacer from Pakistan, conceded only 1 run in his two-over spell and also picked up a wicket to achieve the memorable feat.

Maqsood is playing in the tournament for the Delhi Bulls who faced the Northern Warriors in the 9th match of the season. Maqsood opened the bowling after the Bulls opted to bowl first and delivered maiden bowling to Lendl Simmons who looked all at sea facing him.

In the second over of his spell, Maqsood ended Simmons’ agony picking his wicket and also conceded only a run to end with the most economical spell in the history of the T10 League. His magical figures read 2-1-1-1.

Unfortunately, apart from his spell, the Delhi Bulls didn’t have much to cheer about as the Northern Warriors ended up smashing 137 runs in 10 overs. Nicholas Poorna scored 54 off 21 while Rovman Powell (24 off 8) and Fabian Allen (28 off 10) ripped apart the rest of the Bulls bowlers.

In the 138-run chase, the Bulls were in the hunt but they couldn’t go beyond 105 in their 10 overs. Ravi Bopara smashed 36 off just 15 balls but none of the other batsmen could match the required run-rate even as Wayne Parnell picked up a hat-trick. Despite the team losing the game, Waqas Maqsood was in the news for his brilliant spell. 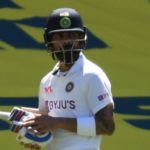 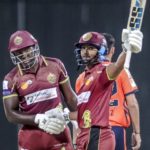