Deemed as the next big thing in Indian cricket, Prithvi Shaw has seen a lot in his short career. He got off to a blazing start to his international career but had to miss a chunk of matches due to injuries. Further, failures on the tours to New Zealand and Australia exposed the flaws in his technique. However, with a little change of technique, he performed enormously well during the Vijay Hazare Trophy and then followed that up with another brilliant performance in the IPL 2021.

Shaw is currently in Sri Lanka, gearing up for the limited-overs series against the hosts. With a T20 World Cup spot for the taking, the opener is keen to grab the opportunity with both hands.

“If you ask me personally, obviously, I need to grab this opportunity as well because I have got this opportunity after a long time. So that is what is there in my mind,” Prithvi Shaw said on the Star Sports show “Follow the Blues”.

“When I play for India or any team, I always put the team forward. So obviously, I want to win this series for India,” he added.

Shaw further opened up on his equation with Indian skipper Shikhar Dhawan.

“I and Shikhi bhai are opening for the Delhi Capitals, we were good friends before that as well, but after that our bonding has become better because off the field also we spent quite a lot of time with each other, whether it was dinner or chilling in his room,” Shaw said.

“We used to talk a lot and because of that, that bond was seen on the wicket as well. We used to speak a lot about cricket there as well, off the field or in between overs. It is enjoyable to bat alongside him,” he further revealed.

The India – Sri Lanka series gets underway on July 18. The series was set to start on July 13 but was pushed back after SL batting coach Grant Flower tested positive for COVID-19. The schedule was modified a bit with the ODIs starting from July 18, followed by matches on July 20 and 23. The T20Is will follow on July 25, 27, and 29. 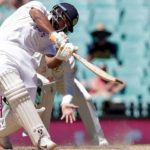 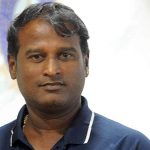