Former India skipper Virat Kohli has achieved a new milestone, although not on the field but off the field. Kohli now has 300 million fans following across social media i.e Instagram, Facebook, and Twitter. On Instagram, he has 202 million followers while on Facebook, he is been followed by 4,92,25,890 people. As for the micro-blogging website, he is being followed by 48.5 million people.

With this, he is the only Asian cricketer and the third sportsperson to achieve such a feat. Currently, the right-hander is on a break from the game and had went on a vacation with his wife and Bollywood actress, Anushka Sharma. Right after the vacation, the 33-year-old was rushed to a hospital. Notably, no there are no details in the public domain on why he was taken to the hospital.

The Delhi-born achieved this feat at a time when his batting form is in question. During the Indian T20 League 2022, the former Bangalore skipper could only amass 341 runs in 16 games at an average of 22.73 and a strike of 115.99 including two fifties and three golden ducks. After the tournament, he and other senior players were given a break to get refreshed for the England tour in July.

The BCCI selectors put together a second-string squad for the ongoing five-match series against South Africa. The team has made a remarkable comeback in the series after trailing by 0-2 initially. They have managed to level the series and kept it alive with the last game to be played on June 19. Also, not to forget, almost the same squad will travel to Ireland for the two-match T20I series.

The senior players will start playing in the postponed fifth Test against England starting on July 1 in Birmingham. Before that, they will play a four-day warm-up game from June 24. It will be interesting to see how Virat Kohli does in this practice game as he will be looking to get some game time before the Test match. 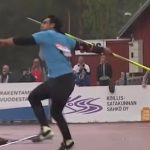