Australian batsman Usman Khawaja believes that Cricket Australia should consider Steve Smith for the leadership role once Tim Paine’s tenure ends. Steve Smith was handed a one year ban from playing cricket and two year ban from taking up any leadership role after his involvement in the 2018 sandpaper ball tampering scandal. Khawaja added that Smith has served his punishment and should be given an opportunity if he’s willing to take it.

“If Steve Smith wants to captain Australia, I think he should captain Australia. He’s our number one batsman; he’s done it before, he’s paid for his mistakes, there’s no reason why he shouldn’t be in line for the captaincy if wants to do it,” Khawaja said.

Another potential candidate to lead Australia is Pat Cummins. The fast bowler is the vice-captain for Australia in all three formats. He is also the full-time skipper of New South Wales which also includes Steve Smith.

Earlier, Tim Paine revealed that Steve Smith is eager to take up the leadership role again. He added that Australia is looking to develop multiple leaders in the team.

“There’s no doubt he (Smith) would like to do it, I think, but we’ll just wait and see what happens in the next six to 12 months; one of the things we’re trying to do is develop more leaders in our team, and Steve Smith is certainly one of those,” Paine told SEN radio.

It’ll be interestng to see if CA gives Smith a second chance after the humilation they suffered due to Smith’s actions. 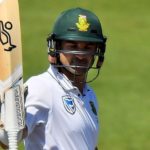 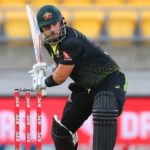