Sanju Samson, one of the finest cricketers in India, must feel unlucky to be born in the current era. Albeit one might disagree with that, fans might agree that his talent is not being utilized to the fullest. The 28-year-old played a few impactful innings in the ODI series against West Indies, but could not find a place in the Indian squad for the T20 World Cup 2022.

However, people at times feel Sanju Samson has been inconsistent in the shortest format of the game. While Rishabh Pant has been getting constant opportunities despite his dismal performances, fans opined that the 28-year-old deserved a chance too.

Speaking of the Indian cricket board, the team of selectors have managed to get Samson into the squad on occasions. However, due to unforeseen circumstances and heavy competition, the player is left out often. While the opinions look balanced on both sides, Sanju Samson would hope to carry on with his form.

The first T20I between India and South Africa will be played at Thiruvananthapuram later this month. Kerala, being Sanju Samson’s forte, one can expect a huge backlash after excluding him from the squad.

Protest in support of Sanju Samson

The IANS has reported that a few fans are planning to wear T-shirts with Sanju Samson’s face on it as a protest for snubbing the youngster from the squad. This might come as a cause of concern for the board who’ll hope for a smooth run of the match.

“There are plans that locals may come wearing T-Shirts with Samson’s picture on it and protest against the BCCI during the India vs South Africa match,” the reports revealed further.

Fans from other parts of India got divided and said that it might come as a headache for the player who’s already struggling to find a place. Sanju Samson has represented India in sixteen T20Is at an average of 21.14. However, fans hope that he’ll prove his worth in the upcoming days and make a comeback.

Here are some of the tweets that fans came up with after getting to know of the protest:

Sanju Samson not selected in T20 World Cup squad, Thiruvananthapuram Locals plans wearing T-shirts with Samson's picture on it and protest against BCCI during the India vs South Africa match. (According to IANS)

Will be not at Thiruvananthapuram but consider me as a part of protest. 😤😤#SanjuSamson pic.twitter.com/QD5DMWkpOj

Silent and fair protest should take place for ,no going back from it, please make it happen guys , #SanjuSamson

Proud to be a sanju fan ❤️

I'm not a Sanju fan bt BCCI deserves it https://t.co/aNaRT7vS1f

That would be damn good if it happens

Best fanbase for a reason alway stand by their favourite ✌️

He is our king we stand for him💫❤️🏏

Loyal fan base for a reason https://t.co/eLIAZNeJmK 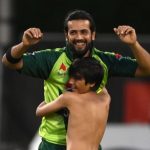