Sunrisers Hyderabad’s (SRH) latest fast bowler Umran Malik has revealed that pace comes naturally to him. The youngster made a spectacular debut in the ongoing Indian Premier League (IPL) against Kolkata Knight Riders (KKR) and clocked speeds above 150 kmph. Later, the pace bowler continued to maintain hostile speeds in SRH’s next game against Royal Challengers Bangalore (RCB), where he clocked 153 Kmph.

The ball which he bowled to RCB batter Devdutt Padikkal was the fastest delivery of IPL 2021, to which the southpaw got the outside edge and sneaked a single. The pacer’s fast bowling was lauded by all. Renowned cricketers like Wasim Jaffer, Aakash Chopra, and Lisa Sthalekar took to Twitter to praise the SRH pace sensation.

Malik also thanked former India all-rounder Irfan Pathan for helping him add few skills in his arsenal. “In 2018, I was practicing regularly. After Under-23, I played Vijay Hazare Trophy. I thank the SRH franchise for giving me an opportunity. Irfan Pathan came, and he told me where I can improve. I was scared to bowl to Warner and Williamson in the nets. I prayed to God that I just bowl good balls. I kept on learning, and this has helped me,” he added. 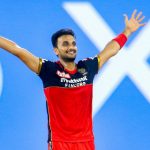