Ahead of the England tour, Indian skipper Virat Kohli, ODI vice-captain Rohit Sharma, head coach Ravi Shastri along with other members of men’s and women’s team have begun their hard quarantine at the Grand Hyatt in Mumbai located near the international airport, said a report.

The team will stay in isolation for eight days before flying for the UK on June 2. All the members will have to return negative results to board the flight to England. Upon landing, the players will once again undergo quarantine before being allowed to train. India play their first match on June 18 against New Zealand in the final of the World Test Championship. The women’s team will take on the hosts in a one-off Test, three ODIs and as many T20Is starting June 16.

“Wriddhiman (Saha) and Prasidh Krishna joined the bubble two days back after recovering fully from COVID-19. Mumbaikars like Virat, Rohit and coach Shastri have all now joined the bubble,” a BCCI source confirmed.

It is reported that the approval for allowing the families of the players is still awaited. However, the BCCI is hopeful that it would be done soon.

“We can’t have our players being away from their families for three months and that too in a bubble. That’s never great for mental health,” the source said.

The negotiation on relaxing the quarantine protocols is still on between ECB and BCCI and the final decision will be taken when Indian players land in England. Also, there were reports that BCCI has requested the ECB to reduce the gap between the second and third Test so that a window for IPL can be created. However, several reports have confirmed that ECB has intimated to BCCI that any modification in the schedule is not possible. 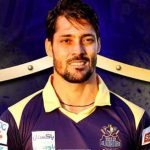 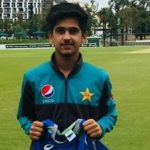